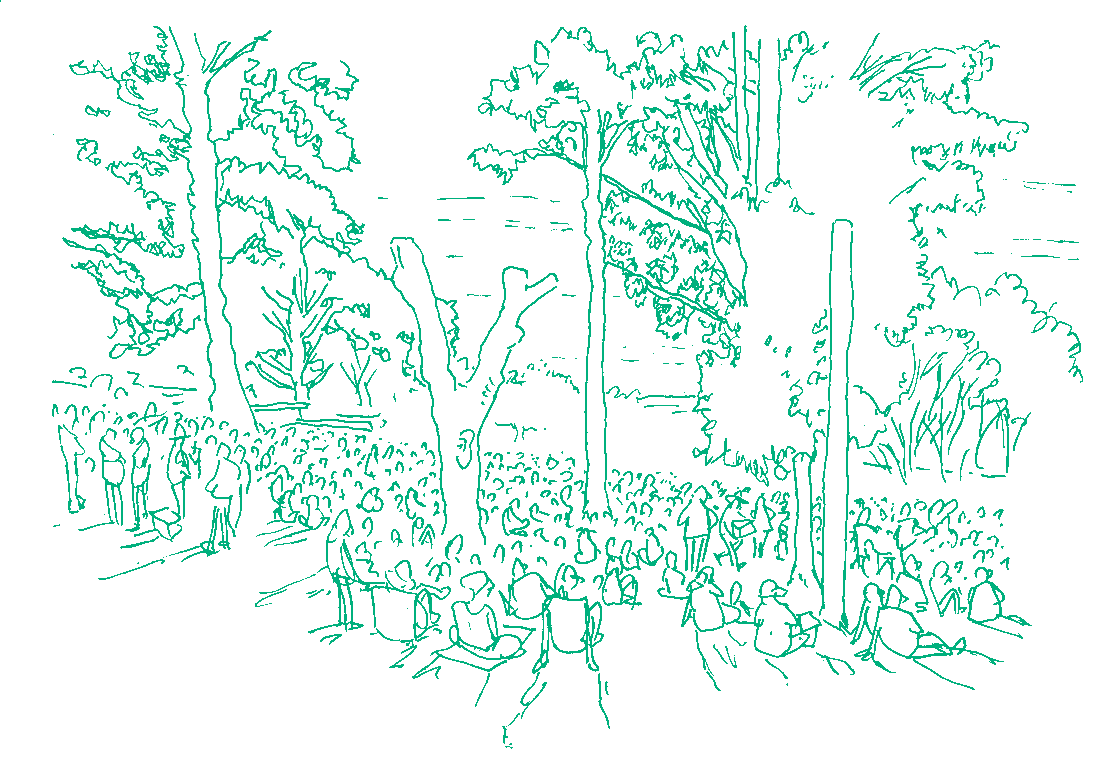 There’s a red tree at the back of the Amphitheatre. It’s a dead gum tree. In about 2004 Uncle Doug decided to paint it red. That ended up being a pinky kind of red. In 2015, for Meredith’s Silver Jubilee, the Red Tree was painted Silver. In 2016 it returned to Red, and there is now another tree in The Sup’ painted Silver. Also in 2016, a different tree was painted – and will stay – gold to commemorate Ten Years of Golden Plains.

For some reason or other, in about 2008 someone decided to have a get-together for all the red-haired people on site. I’m not sure how they spread the word – it was nothing to do with us – but it gathered momentum and quite a few people turned up. Some called it ‘the Ranga Meet’, others ‘Rangapalooza’. It’s happened each year since at a determined-on-the-day time. Anyway. There you go. 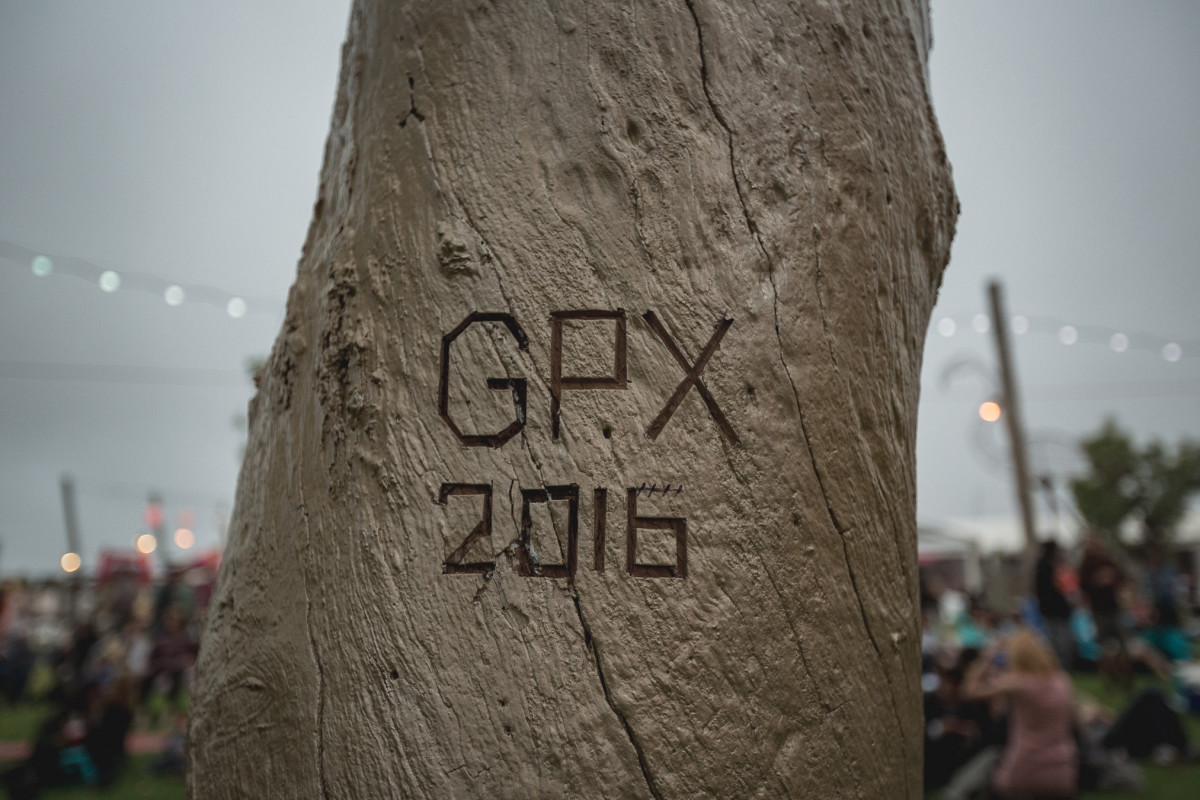 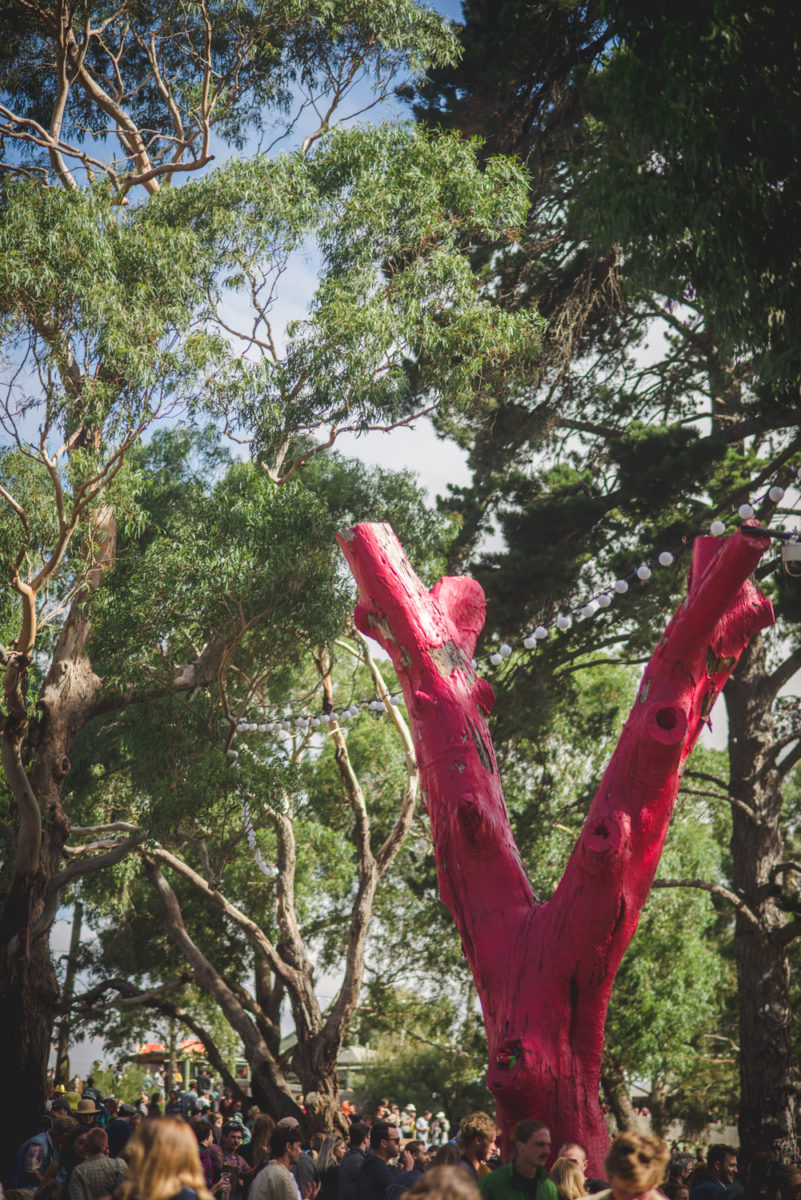